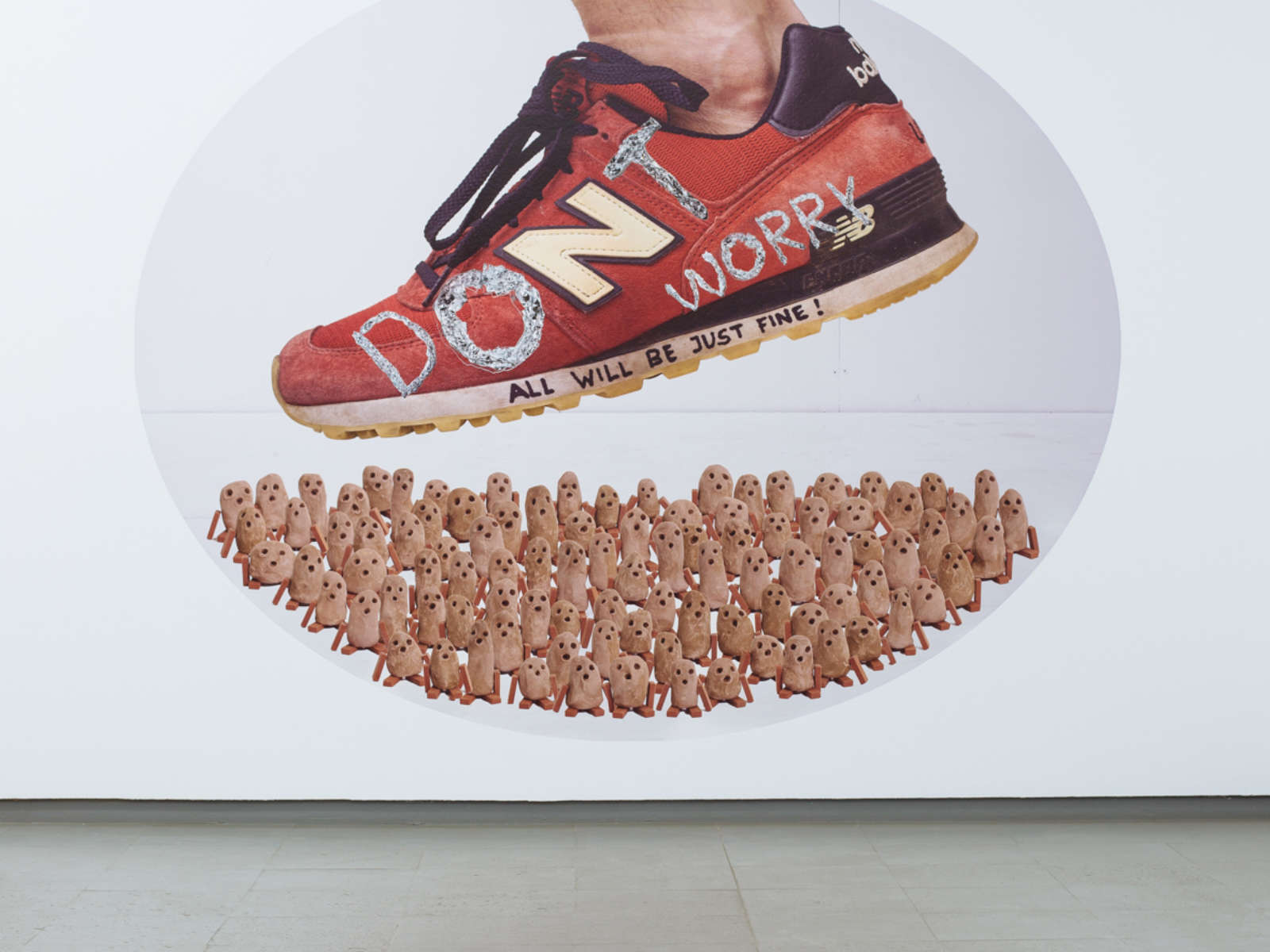 Olaf Breuning is known for his impressive pictorial worlds and his ironic views on a reality that is shaped by the media. His photographs, videos, drawings and installations make use of a shared visual language and mix symbols from the world of pop and the media with icons of high culture. Somewhere between humour and a painful seriousness, they make us aware of our consumerism, Western stereotypes and gender clichés and analyse the relationship between art and kitsch, reality and illusion, authenticity and artificiality. Over a space of more than 600 square metres, the NRW-Forum Düsseldorf will dedicate the biggest retrospective to date, including all important work cycles from the past 15 years, to the Swiss-born artist now living in New York. It is the first solo exhibition curated by Alain Bieber as artistic director of the NRW-Forum Düsseldorf. 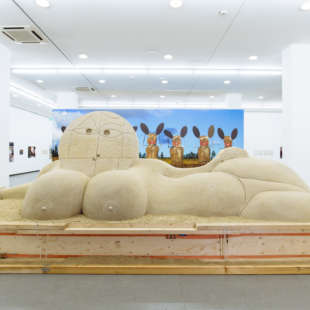 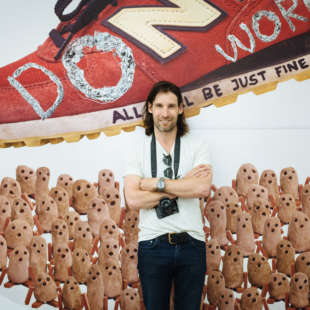 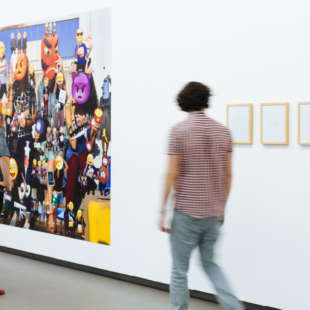 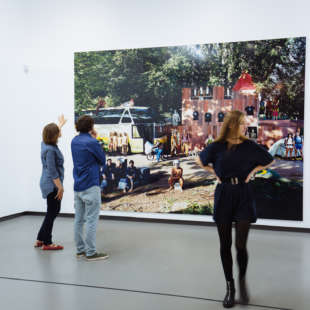 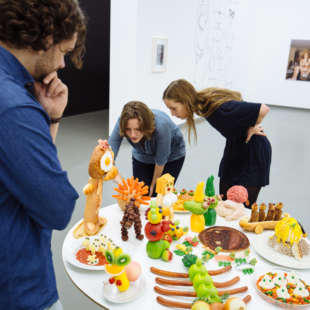 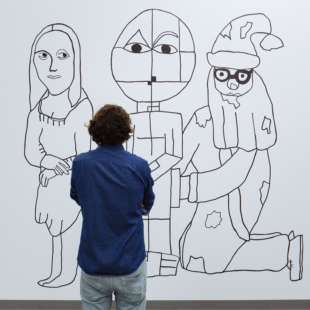 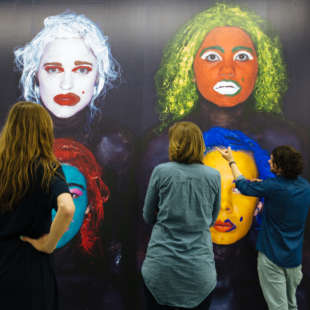 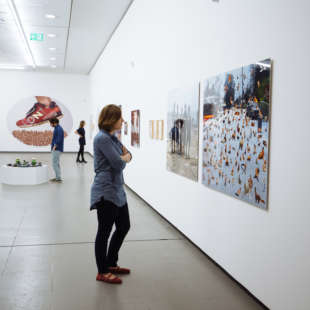 The new series “The Life” (2015) portrays people surrounded by everyday objects and symbols of a Western media and consumer society. Colourful, sweet and sticky materials, ironic cartoon speech bubbles, absurd gestures and poses, the large-size photo collages are witty comments on a madness that we call reality.

For the large-size colour photographs of the series “Art Freaks” (2011), Breuning painted on the skin of models, that way turning them into paintings amongst others by Pablo Picasso, Francis Bacon, Edvard Munch or Jackson Pollock. The Art Freaks are standing in an orderly line with an uncomfortable look in their eyes, contemplating the classical canon of high culture images whilst debating the relation between high and low, art and kitsch through their exposed bodies.

For the series “Smokebombs” (2008) Olaf Breuning installed fireworks and colour bombs on a big metal construction and made them explode. The operation, staged like a performance, has been captured in large-size colour photographs which offer a glimpse from behind the scenes of artistic production and thus allow us to thematise the relationship between the dynamic process and how it is framed by the media.

The three-part video work “Home” (2004 – 2007) is a kind of video diary with a clown-like protagonist played by Brian Kerstetter who lets his audience see the world though his typically Western eyes. In the first part he is wandering around a hotel room with a camera in his hand, telling the story of his life in the form of movie quotes and anecdotes. In part two we accompany him with his clichéd tourist attitude to Japan, Papua New Guinea and the Swiss Alps and in part three to New York’s most iconic sites.

Apart from spectacular large-size colour photographs and videos, the retrospective will also be showing a selection of small-size drawings in black and white. As bizarre and witty observations of the simple yet universal problems that people tend to have, they connect philosophical questions with personal issues and by the means of a small idea compel us to consider the bigger questions.

To accompany the exhibition, Gestalten will publish a catalogue with over 200 images, offering a comprehensive overview of the different work cycles.