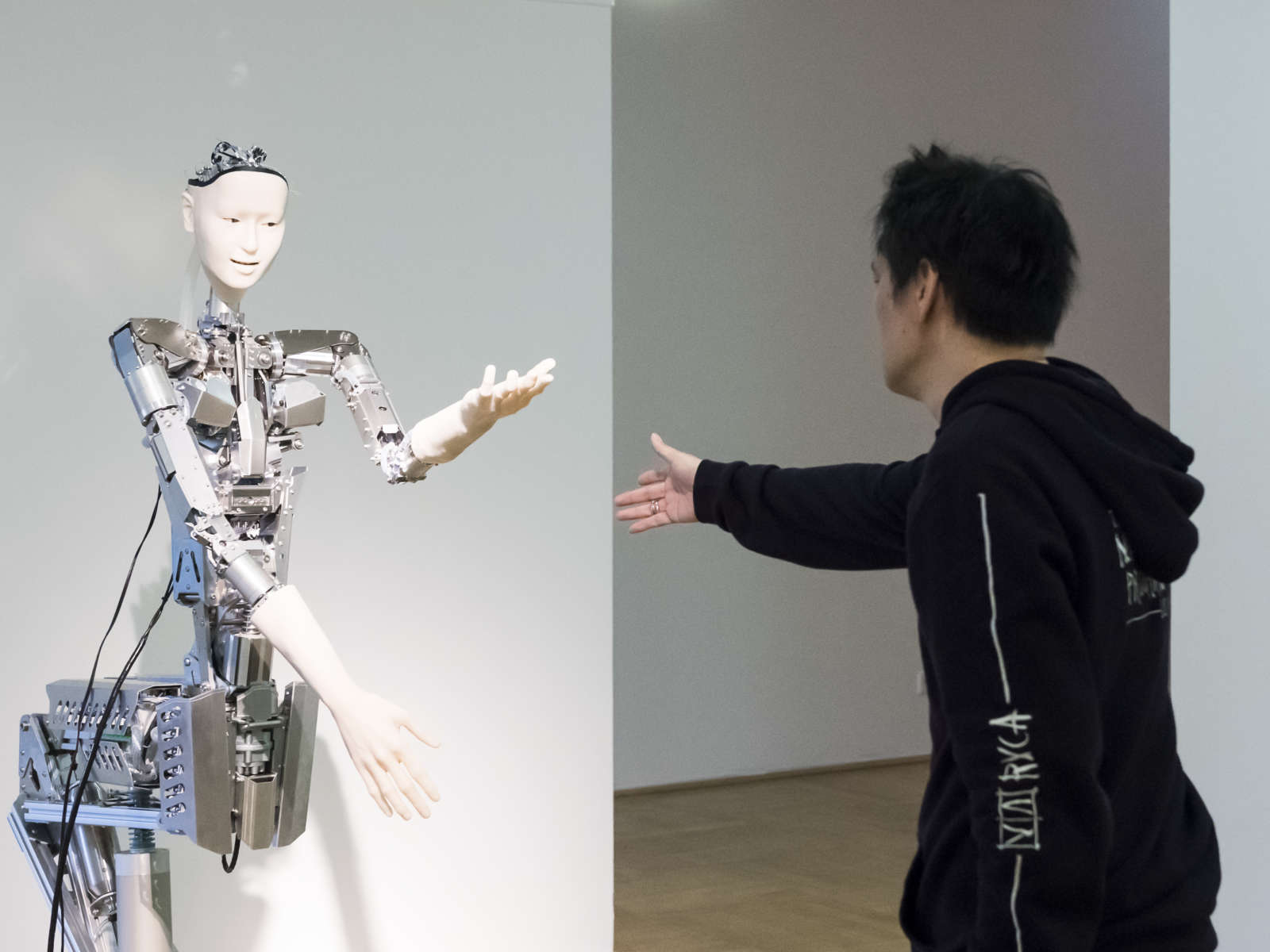 In the 1960s, Nam June Paik built the first non-human action artist in history.  In 2018, the Japanese roboticist Hiroshi Ishiguro had his android, Alter 3, conduct an opera and Pinar Yoldas' Kitty AI ruled the world. The exhibition Körperwende shows how artists negotiate the boundaries between human and machine, between living, artificial, and inanimate bodies.

When the film The Thieving Hand was released in 1908, the filmmaker had no idea how quickly prostheses and human machines would develop in the future. This early silent cinema fantasy about an obstinate kleptomaniac hand kicks the exhibition Körperwende - from Nam June Paik to Hiroshi Ishiguro off. Video excerpts from Nam June Paik's first non-human action artist, Robot K456, and Erika Kiffl's photographs of Paik's robot works at the 1993 Biennale are also on display, as well as Hiroshi Ishiguro's humanoid robot conductor, Alter 3, and Nick Ervinck’s futuristic 3-D sculptures of androids. Martina Menegon’s VR work addresses the split between real and virtual, flesh and data; Pinar Yoldas' Kitty AI proclaims a postapocalyptic, sociopolitical and economic manifesto. From the phenomenon of phantom limb pain in Oscar Santillan’s work to Ivana Bašić’s wax sculpture that exposes “healthy” and “deformed” bodies as ideological constructs, the exhibition explores the limits of the body and body image, the self and the other, and the perception of the body in space. Somewhere between artificial production, imaginative candor, and the fragility of the body, the works create atmospheres between amazement, alienation, fear fantasies, and beauty.

The exhibition is curated by Cis Bierinckx and is part of "HI, ROBOT! Das Mensch Maschine Festival", which takes place from March 13 to March 31, 2019 in Düsseldorf. "HI, ROBOT!" is a themed festival about the future of the human body, initiated by the tanzhaus nrw in cooperation with the NRW-Forum Düsseldorf and the Black Box—Kino im Filmmuseum, and funded by the German Federal Cultural Foundation. www.hi-robot.de